Many family members were at the parade

Almost all family members were together for the Kaysville July 4th Parade. The parade entries do not seem to change much from year to year but we enjoy them just the same. The temperature cooled a little for the parade as clouds moved over Davis County. Here are a few photographs I took of the participants. Click on the images to enlarge.

See you at the fireworks tonight! The standard bearers lead the parade An old Ford in excellent condition You can't have a parade without horses Lady, you are three days late for your parade 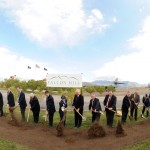