While all other sciences have advanced, that of government is at a standstill - little better understood, little better practiced now than three or four thousand years ago ~ John Adams

Mike Lee is challenging Bob Bennett for his senate seat. Lee’s website clearly defines his stance on a variety of issues, with the emphasis on Five Steps to a Return to Limited Government. I am discussing each of these five steps, examining them on their merits. Previously I discussed Step 1, Step 2, and Step 3

The answer to an economic downturn is not a government stimulus, but a reduction in government regulation and bureaucracy to allow the natural forces of our private enterprise system to rebound without undue interference.

The conventional wisdom is for governments to pick up the spending when consumers retrench. This is not as wise as many want us to believe. All of this stimulus spending is creating huge deficits that in later years will be even more of a drain on the economy because of the additional interest.

Those that do have money to spend because they have little or no debt and have planned for times such as these are not likely to increase spending. And why not? Because they are spooked by the government spending! They see higher taxes and/or high inflation up ahead and so put away extra money or convert it to gold.

So the very deficit stimulus spending by government has the opposite effect on the populace most able to stimulate the economy.

Not owning a business I know little about regulations. But if they are anything like the tax code they must indeed be onerous. Some would argue that it was lack of regulation that caused the recent economic meltdown. It seems to me that it was partly government pushing banks to loan to people who should never have received loans. And regulations that should have been enforced were not. Money was also given away too quickly to dubious bailouts.

Just by letting states manage more of their own affairs without federal interference would result is less regulation. Of course mistakes will be made but surely things cannot get any worse.

My grade for this proposal is 5 out of 5 because I never believed that the stimulus money was spent wisely. There is even TARP money left that the politicians are looking around for causes to spend it on. If it was such an emergency that this money be appropriated how come there are billions still left over a year later?

Bailouts should have been made on a case by case basis and only in a dire emergency. “Saving jobs” is not an economic emergency, although granted it is for the soon to be unemployed.

Mike Lee’s Step 5: End the Era of the Lifetime Politician 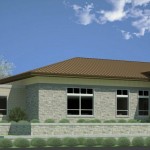