This is part ten of a ten part series chronicling Paul’s Mission. It is told mostly in his own words using excerpts from his letters and photographs sent home.

I think they upped the mail box capacity I have 15 Megs free now. Before you were sending the pictures with Picasa I think but they were too small. If you go into the menu under tools options email you can change what size it sends them. Try 800 or 1024 pixels. I sent you a package in the mail. It has a bike in it. Transfers are in two weeks and it looks like they are going to move me somewhere. I’m in Oakland right now. I got an Easter Medical form was that the package?

[I’d like] that Australian licorice and some beef jerky. Feel free to open up the bike and put it together if you’ld like. It cost $13 to ship it home. We have some special account that makes everything really cheap to ship. There is one more week after this one in the transfer. We don’t have anyone scheduled as of now. Jovanic, a 20 year old from Mexico, is doing really well except he smokes so it looks like it might take a little more time. He lives with his member uncle who went to church for the first time in 13 years the other day. I don’t know where I’ll go. There are only two areas left that I haven’t been to, Hayward and Livermore. So it will be back to an old area or one of those two. It should be good.

I called them and they said we would have 100% coverage for the visit. The doctor just gave me some samples that supposedly aren’t very effective to see if it would work. There is a prescription that works well but it costs $150 and the insurance coverage is spotty so he thought we would try the samples first.

END_OF_DOCUMENT_TOKEN_TO_BE_REPLACED 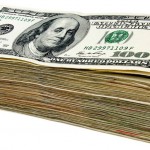